There is an ideal mission for CruzinCobGlobal. That mission is to effectively deliver the tools and knowledge of Cob building to people who need it. The workshop formula is a great way of achieving our goal. But it is always tricky realizing organization and coherence in our execution through different cultures.

This last workshop in the small town of São Domingos, Cabo Verde embodied the fullest expression of CruzinCobGlobal’s mission statement to date. The success of any workshop is directly proportional to a host’s desire and need for Cob, 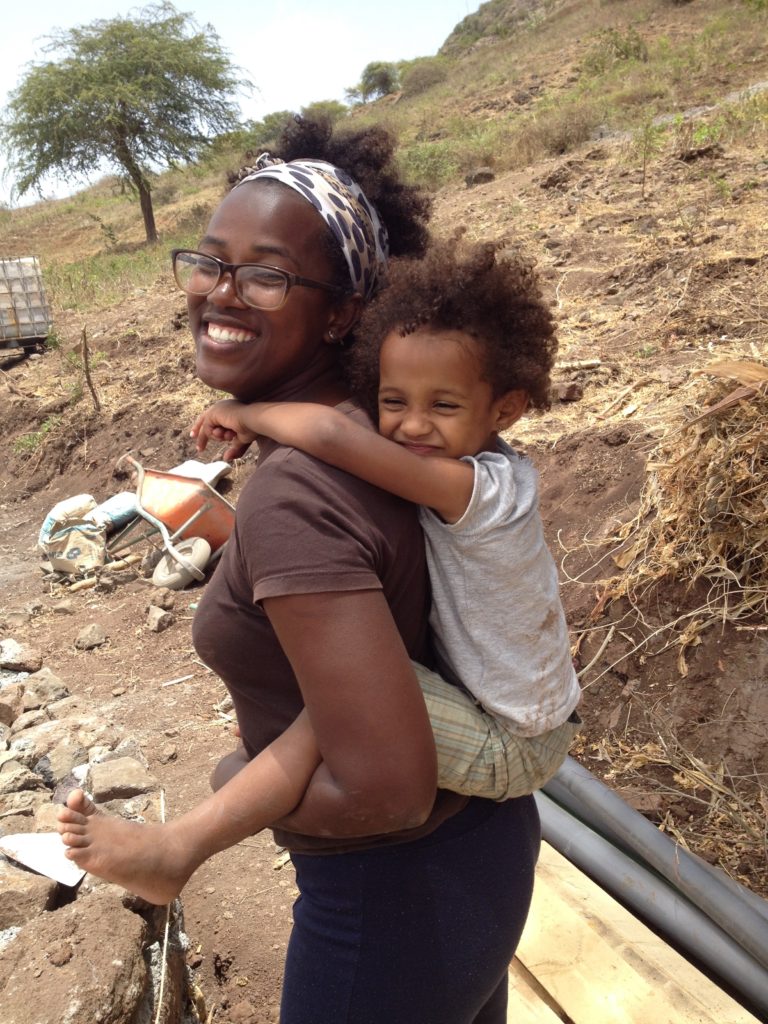 which is proportional to their understanding of the importance of natural building and its role in community integration and environmental consciousness. All these things and more were evident in Neiva when she approached Claudine just days after we finished our work in São Vicente.

What Neiva had always wanted was a different home. She was tired of the monotony of concrete around her, and she felt there were other options she might not know about. The only thing slowing her down was the lack of professionals on her island. So when she saw Claudine on Cabo Verde’s news network she immediately began taking steps to manifest a workshop in her town as well. What was singular about Neiva was her effort to petition local government and non- profits asking them to appreciate the importance of a paradigm switch in the building practices in the community. She worked for

two weeks to present them with evidence that Cob building is a legitimate alternative to concrete and steel, and what she walked away with was word from local non-profit City Habitat agreeing to sponsor fifteen students to take our course. Fifteen young men and women, college educated and currently unemployed, who wanted to learn something they could expand on in their professional life. The students were architects, plumbers, electricians, masons, professors, government officials, shepherds, musicians and more—people that expressed interest in the alternative.

The first day everyone kind of milled around waiting for the 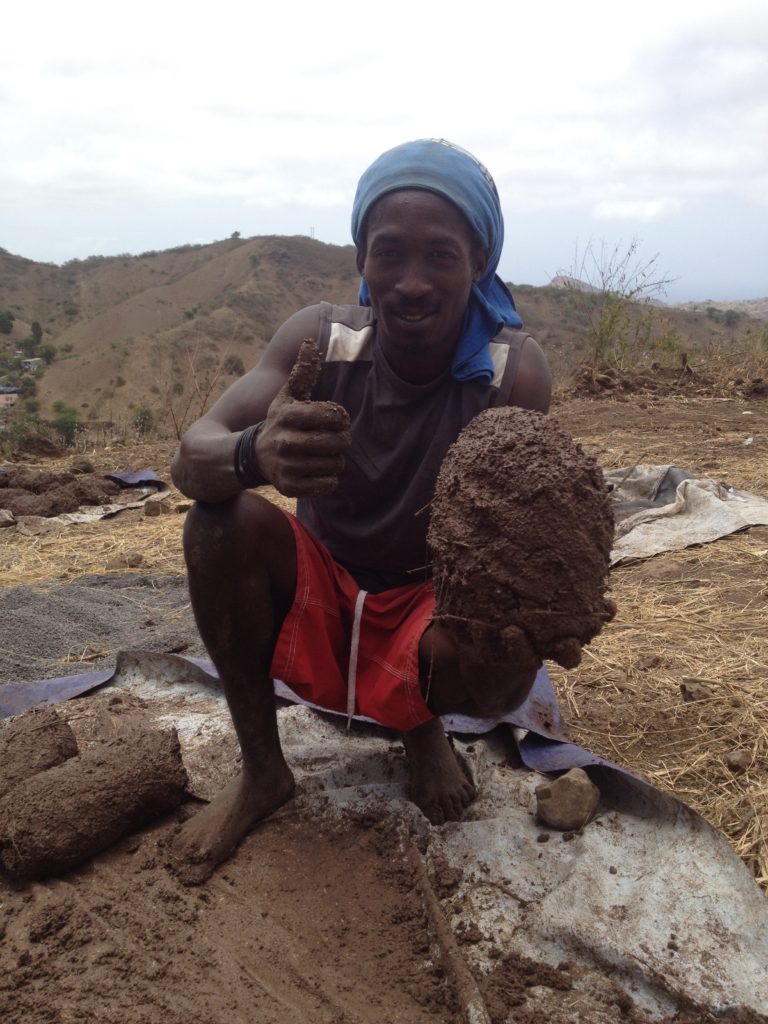 start. It was foggy, we were up in the mountains. It was good cobbing weather. We starting using the very earth we was dug up to build the foundation. Two buckets of that, one bucket of sand and a handful of straw we had collected from up the mountain. People started taking their shoes off and feeling the mix on their feet. As always the smiles start appearing—people rolling up their pants and turning their hats backwards. People getting into it.

The thing is, as the walls go up something sparks the imagination and we start to clearly see how we would use this medium of Cob. Now I’m on the hill overlooking the collaborative celebration that is a cob workshop and hearing everyone talk about what kind of house they would make. 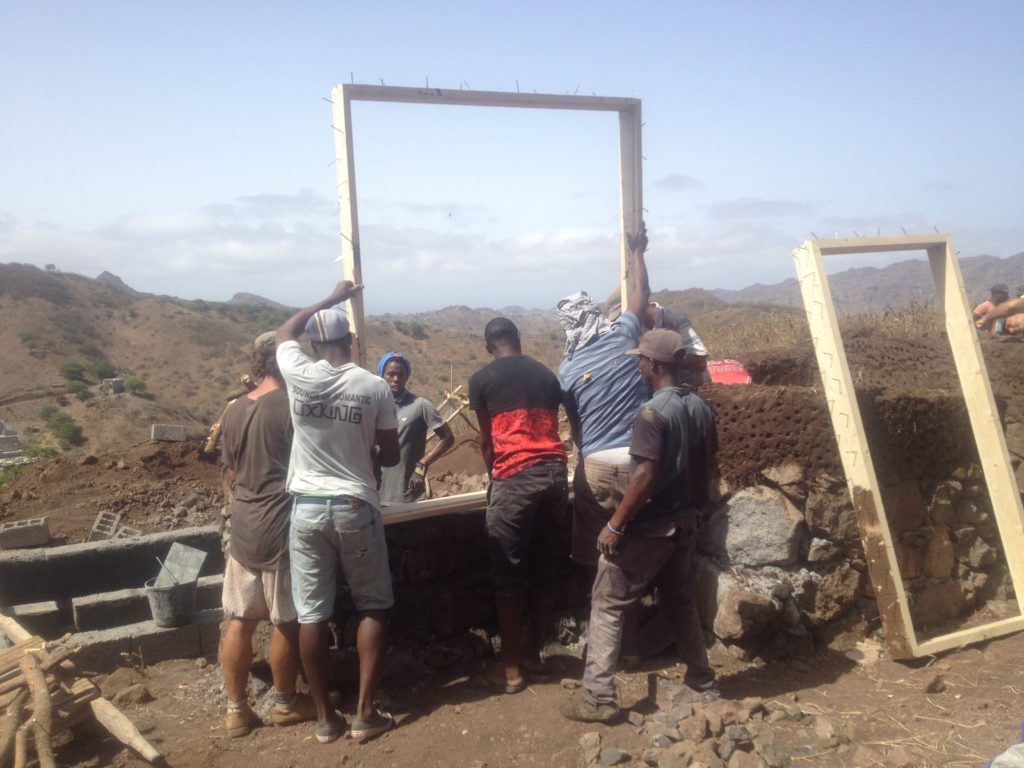 People debating whether or not Cob could be used in this or that setting. Wondering if salt water would work for people who live by the beach and don’t have abundant access to water for building. And as the weeks moves on these students, these young people, start coming back earlier and earlier because they are excited to see this house that they are creating come into fruition. It cannot be stressed enough how empowering of a feeling it is.

But what was so refreshing about this particular workshop experience was that it really was the clear expression of CruzinCobGlobal’s goal. Here you have an organization that believes in the power of natural building enough to sponsor a group of budding professionals to build a model home in order to create a team to spread the practice throughout the land and into the future. Basically it feels like we’ve done our job very well. That we’ve helped plant the seed of sustainable construction in another community that might never have gotten it this straightforwardly, informally and easily. 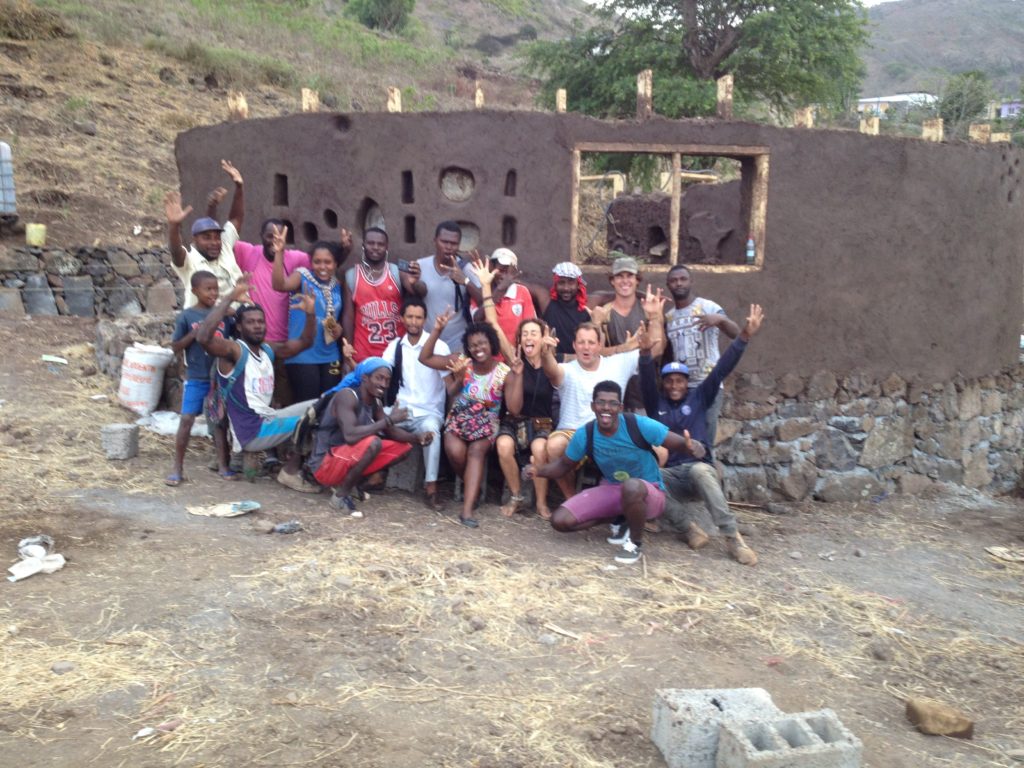