As I make my way into new countries and cultures, especially non-industrialized, non-Western (all these labels are kinda janky, as my kids say) lands I am always excited to discover how my introduction of Cob will be received. In Senegal, traditionally a mud house-building people, especially in the Southern Casamance region, 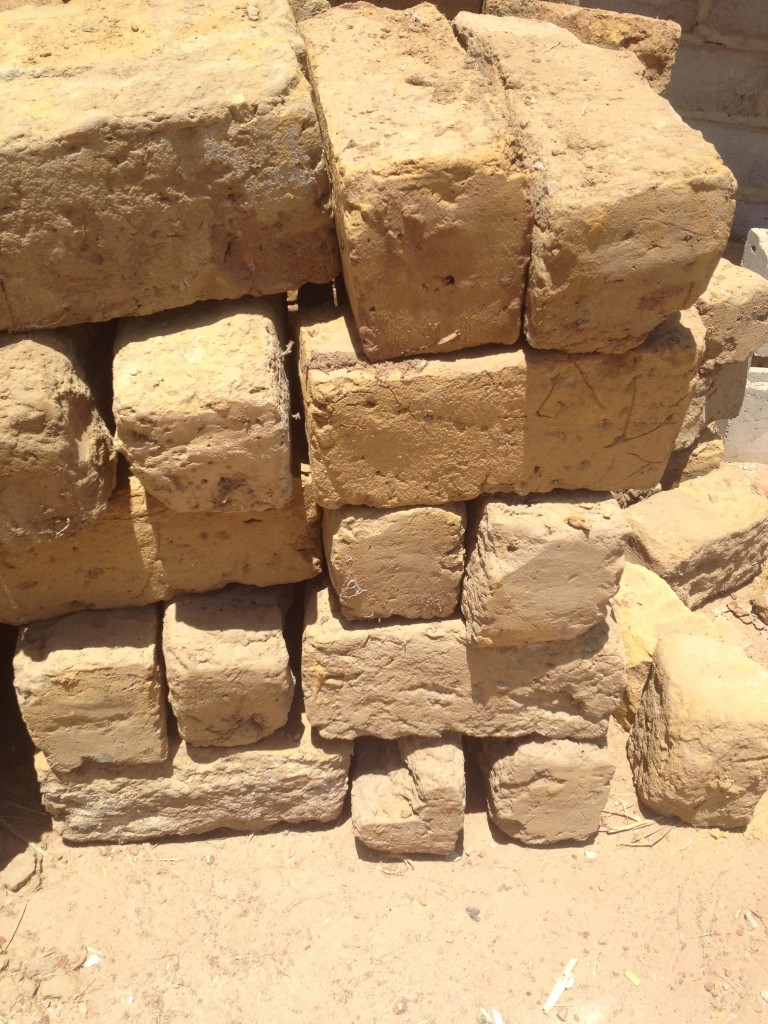 our techniques were still of interest. There they don’t use straw in their mix and often use termite mound mix which barely has any clay in it and washes away with water. Some areas do have really good yellowish clay soils that may be akin to the red ready-mix of the Sierra Foothills. They mainly use block-making building style with forms. They certainy don’t take time to test as we have been taught and teach others. But heck, if it’s still standing after the rainy season then it’s a good mix.

Here in Cabo Verde the tradition is rock with cob originally and now cement mortar. You only see them in the rural areas. It seems cob is faster and easier and cheaper though. It took the “pedreiros” or “stoners” (heehee) 4 days to build a 12m2 foundation! Rocks are heavy and unless they’re right where you want to build, the transport is costly and demanding.

The first day we started the wall the masons were still there and curious to see what we were up to in the workshop. Within minutes of starting the first mix, they were piqued. They watched intently as I demonstrated the pisé cob dance and came in 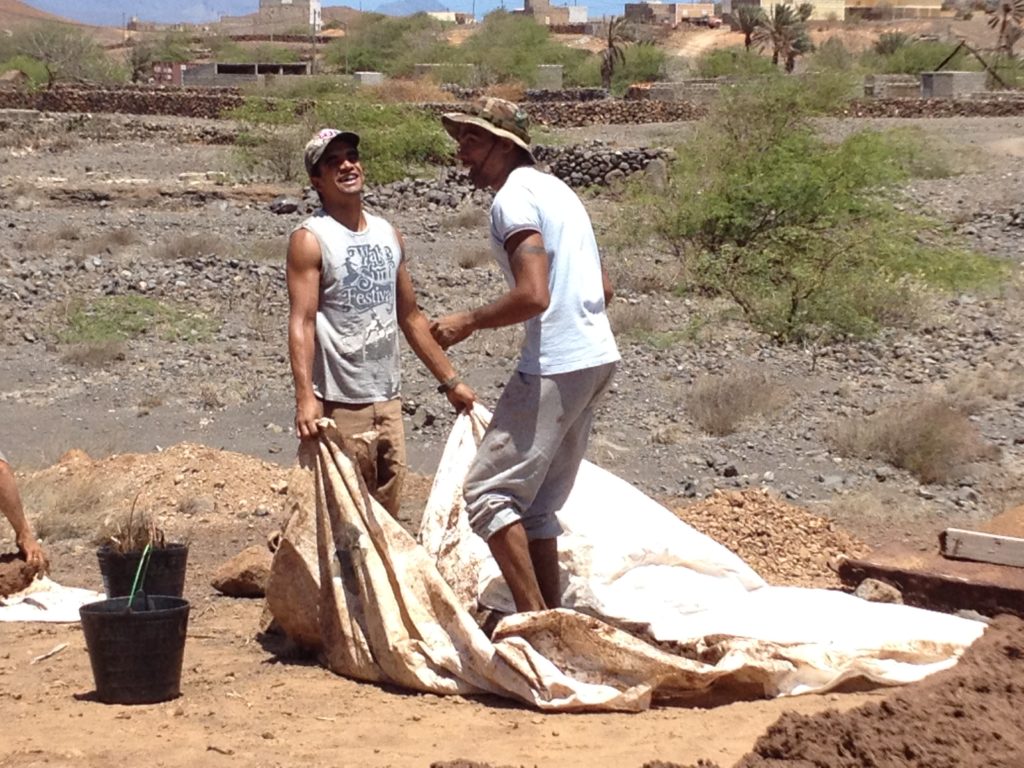 closer to pick up on the fine details. They were excited. Everyone was… as they always are on Day 1. Come back on Day 5, 6 and 7 and see how excited everyone is! The “pedreiros” jumped in and began their dance with agile feet and a good rhythm. Everyone always has their unique steppin’-in-the-mud style but the Black Africans in Senegal definitely had a groove I’ve never seen that is somehow connected to their tribal dance steps. They twist their feet outwards and use their whole body weight at a nice clip. Here in Cabo Verde, not as African, there was a little less initial naturalness. As I said they are a rock land.

Nonetheless it wasn’t until we were almost finished with the walls that people REALLY got it. “Wow, these walls are strong!” the cheesemaker, the welder and the other rural folk began complimenting our work. “Touch it! Go ahead! Kick the walls!” I offered up. They did. A bit shy and surprised, they were not sure what to make of this new

technique for building that was clearly cheaper, natural, beautiful, local and sturdy. This part of the world is very set in their ways, we have learned. Things take a long time to come into effect. They got used to cement, didn’t they? We are moving forwards people….come along for the ride….

University professors, architects, engineers, contractors, the national TV, students and more neighbors all came by to see. You can talk about COB all day long….but it’s when you take action and make it happen by letting people mix and build and feel and see the wall growing in their hands that the magic of awakening and revolution begins to happen, one mix, one cob loaf, one builder, one cob family at a time. The auburn green-roofed12m2 room we built is now visible on the horizon to every passing vehicle on the road. Its unique shape and natural colors draw the eye and attention. Calháu will never be the same and has begun its road to showing an alternative to the concrete landscape of today. May the cob house speak for itself, silently creating transformation, a sensual kiss on the surface of Mother Earth.